Some interesting facts about our church:

(Excerpted from the church history in the church’s Policy Manual)

What does the German word, friedens, mean?

What was the former name of the village of Oley?

Friedensburg meaning ‘a bulwark or fortress of peace’.

When was the church (and schoolhouse) built?

What language did the preachers use for sermons?

The Revs. John Guildin and Charles (Carl) Herman used both German and English.  The church was used for two denominations: Lutheran and Reformed on alternating Sundays.

What ministers have served at Friedens UCC? 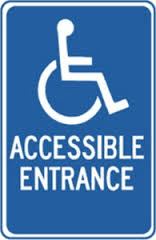